A little game where the player must traverse a procedurally generated, destructible environment in order to kill as many enemies as possible. The player plays as a weapon, trying to destroy other weapons. The twist is, when you kill an enemy, you take on all the properties of that enemy.

To play on Xbox, press the A button.

Made for the Dani Basement Jam in 5 days by:

Really cool game, but some more clear explaination about the stats of the weapons would be appreciated

Awesome, I will do something like this in the future then. I was thinking it was more fun when you didn't know and had to get a feel from it. I think it is possible to guess stats from their appearance too.

this game has great potential! I enjoy not knowing the stats, but if you threw in a few more major differences between weapons that would be nice. wands could shoot a bullet, and size and speed of said bullet could vary depending on which wand. different swords could be much longer, but also be slow and not deal damage to walls. also, something to indicate that you hurt an enemy would be nice. for one you would know if you hit them, and second it help make the damage stat feel more realistic. Great game, I look forward to any and all updates!

Nice! I'll remember this. I was running low on time this jam unfortunately.

I made a video about making this: https://www.youtube.com/watch?v=30BxpL_xICw 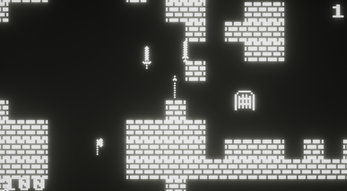 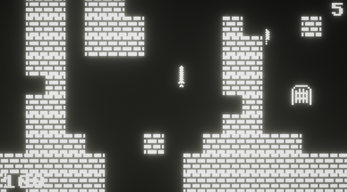 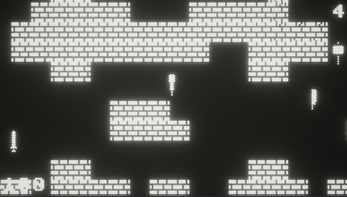